The use of Asbestos dates back at least 4,500 years.  Evidence found near the Lake Juojärvi, Finland,  shows that people used it to make pots and other cooking utensils. In Theophrastus, On Stones, from around 300 BC, there is a reference to a material that is thought to be asbestos. Theophrastus was successor to Aristotle in the Peripatetic school in Greece. Actually the word asbestos comes from the ancient Greek ἄσβεστος, meaning “unquenchable” or “inextinguishable”.

Ancient Roman scholar Pliny the Younger (61-112 AD) wrote that slaves who mines and worked with asbestos became ill, though it would be nearly 2,000 years before scientists discovered the cause of this mysterious illness.

Birth of Asbestos in U.S. Industry

The Johns Company began mining fibrous anthophyllite in 1858 for use as asbestos insulation at the Ward’s Hill quarry in Staten Island, New York. The Industrial Revolution saw a marked increase in asbestos production and use in North America, with the first commercial asbestos mine opening in 1874 in Quebec. The U.S. Bureau of Labor Statistics releases a report that reveals abnormally high risk of early death among asbestos workers. 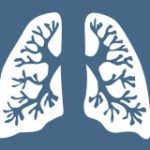 Dr. E.R.A. Merewether, a famous researcher, publishes first clinical examination of hundreds of workers in the asbestos industry. He found that one out of four workers was suffering from asbestosis.

Dr. Merewether’s medical description of asbestos disease mirrors exactly the description of the disease today. His recommendations, if fully implemented by the asbestos industry, would have saved tens of thousands of lives and injuries to American workers. Dr. Merewether and his research partner, Dr. C.W. Price, published a report demonstrating that asbestosis was occurring in workers with as little as nine months of exposure. Thanks to their discoveries, industry regulations were placed on British asbestos factories to protect workers who were exposed to the material. However, the regulations did not apply to workers in other industries who installed or handled asbestos as part of their job. 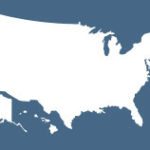 The first report of asbestosis in an American insulation worker came in 1933, though it is speculated that the disease had simply been misdiagnosed as tuberculosis or other pulmonary diseases before then. The Metropolitan Life Insurance Co. found asbestosis in 29 percent of workers in a Johns-Manville asbestos factory, leading to settlements in lawsuits filed by 11 sick employees. Researchers report cases of asbestosis and lung cancer in an asbestos factory. Many of the workers had less than six months of exposure to asbestos. Reports were also published of asbestosis from workplace exposure to products, including boiler workers, custodians and insulators. 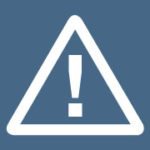 Researchers report that lung cancer in building trades workers is likely caused by asbestos. Dr. W.C. Heuper, a noted occupational physician and the first chief of the environmental cancer section of the National Cancer Institute, suggests that asbestos causes Asbestosis as well as cancer in the manufacturing process as well as through finished building products such as insulation and packing materials. In 1949, Dr. Heuper warns that asbestos was a cancer risk to the general population. By this time there were over 200 references in the widely available literature regarding asbestos and disease. The first case of a mesothelioma-like tumor is reported by Dr. Welder in a German study. Dr. Merewether finds that 13% of asbestosis cases also had cancer of the lungs or pleura. Encyclopedia Britannica lists asbestos as a recognized cause of occupational and environmental cancer. The Journal of the American Medical Association concludes that asbestos is probably linked to occupational cancer.

Mesothelioma is reported in an asbestos insulator worker.

Major Study on Link Between Asbestos and Cancer

A major epidemiological study demonstrates that asbestos workers have a tenfold risk above the general population of contracting lung cancer.

Another epidemiological study confirms reports that exposure to asbestos causes mesothelioma. This study also included the children and wives of workers who contracted the disease.

The medical literature continued to identify asbestos as a major carcinogen and environmental hazard, with over 200 publications describing the hazards of asbestos by the end of the 1960s. Notwithstanding this knowledge, and the death that resulted from breathing in the dust from these products, the manufacturers and installers of these materials continued to sell and install asbestos products without warning workers, reducing the dust or substituting equally effective materials in place of the asbestos. Tragically, many companies had secured additional knowledge regarding the connection between asbestos and cancer as early as the 1930s. However, these companies altered research reports to hide these findings from the public.

Dr. Selikoff, a major researcher at Mt. Sinai Hospital in New York, confirms widespread disease among asbestos workers and from family members living with asbestos workers. A large number of job titles were implicated in the report, including construction workers, electricians, plumbers, carpenters, etc. Dr. Selikoff pointed out that asbestos did not “respect” job titles and could harm any person who breathed in asbestos. 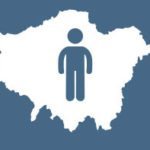 A British victim of asbestos exposure in the UK filed a successful personal injury claim in 1967, which was upheld by an appeals court in 1971. The case paved the way for more claims of negligent asbestos exposure by victims suffering from mesothelioma, asbestosis and other related diseases.

The Asbestos Regulations of 1969 updated the UK’s outdated 1931 Industry Regulations, and regulated asbestos beyond just the manufacturing process to include every industry which used or contained asbestos. The regulations required the use of exhaust ventilation, protective equipment and improved handling procedures to limit exposure to asbestos dust. However, these regulations still did not fully eliminate the causes of of asbestos-related diseases. A federal court issues a verdict of $68,000 against asbestos makers to a worker suffering from asbestosis, the first such decision in the United States to be upheld on appeal in Borel v. Fibreboard Paper Prod. Corp., 493 F.2d 1076 (5th Cir. 1973)

In the U.S., the Occupational Safety and Health Administration sets some limited workplace exposure limits for asbestos, and improves these regulations two years later. Meanwhile, the EPA bans spray-on asbestos insulation as a hazardous material. In the UK, the Health & Safety at Work Act requires employers to limit their employees’ exposure to health risks, and provide workplace information to the public about anything which affects health and safety. South Carolina Circuit Court Judge James Price rules in Barnett v. Owens-Corning Fiberglas Corp et al that asbestos companies had undergone “a conscious effort” to suppress information on the dangers of asbestos exposure in order to avoid lawsuits. Meanwhile, the EPA begins a study on a possible ban on the use of asbestos and begins advising building and factory owners about the handling of already-present asbestos.

EPA Attempts to Phase Out Asbestos in the U.S.

Under pressure from asbestos industry lobbyists, the Fifth Circuit Court of Appeals overturns the EPA’s ban and phase-out of products containing asbestos. While use of asbestos is still banned in some products by other legislation and regulations, the substance can still be found in dozens of products manufactured today.