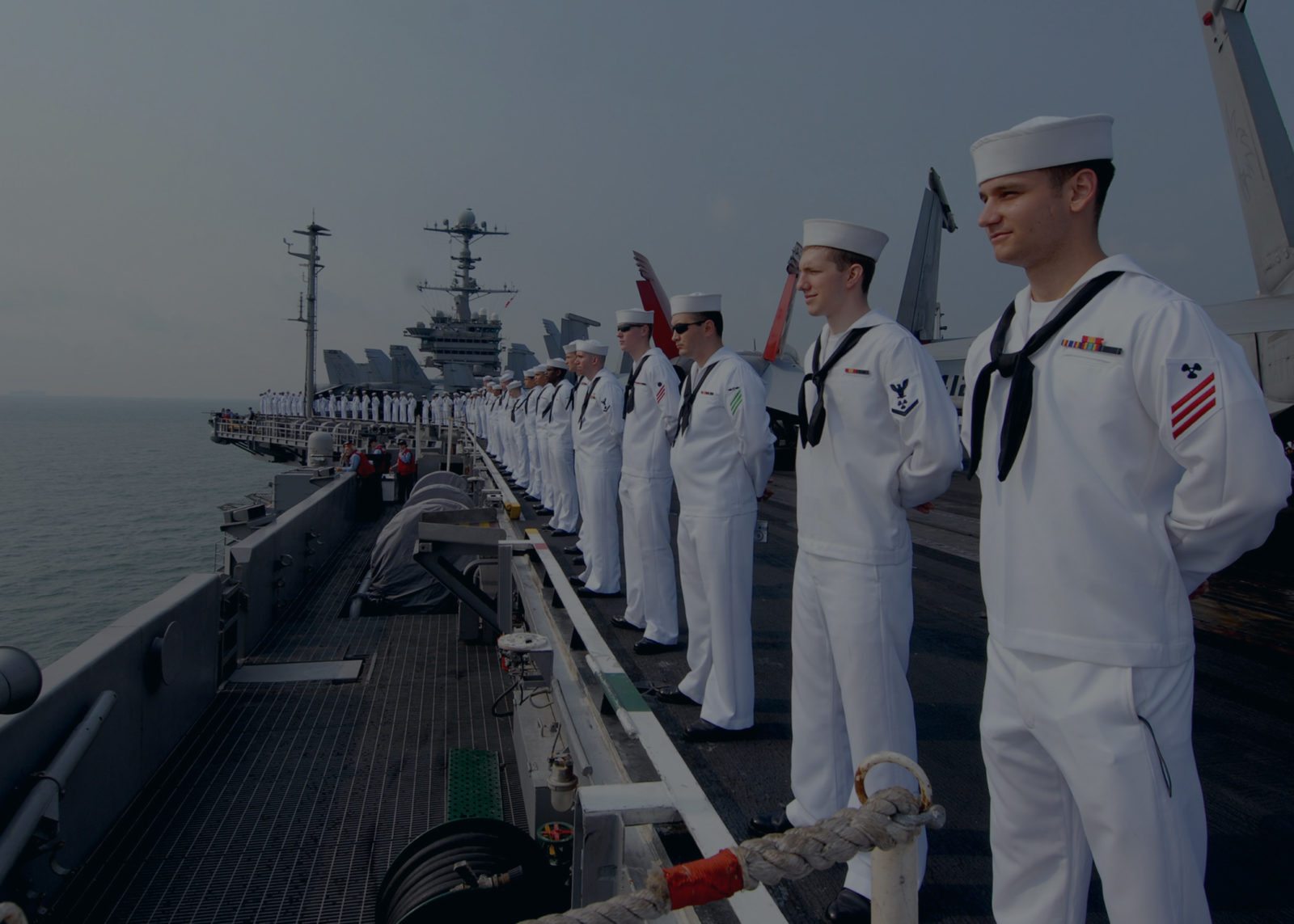 Navy veterans who performed certain duties during their time in the service were at a higher risk of being exposed to asbestos. For example, asbestos materials were commonly used in engine rooms and boiler rooms, where many veterans worked in confined spaces with poor ventilation.

This exposure to asbestos leaves Navy veterans at a greater risk of developing mesothelioma, an aggressive form of cancer whose only known cause is asbestos. Mesothelioma can develop 15 to 60 years after asbestos exposure, so Navy veterans who served from the 1950s through the 1980s are considered particularly at risk.

If you are a Navy veteran who has recently been diagnosed with mesothelioma, you may be entitled to compensation from asbestos companies that failed to warn you of the dangers associated with this material. Schedule a free consultation now to learn how the experienced mesothelioma lawyers at Belluck & Fox, LLP can help you fight for the compensation you deserve.

Boatswain’s mates are responsible for overseeing and training personnel in rope work and seamanship on a Navy vessel. They also supervise maintenance related to the ship’s deck, including structural upkeep and equipment repairs. Additionally, boatswain’s mates are responsible for watch duties and may act as petty officers on smaller ships. In the Navy, boatswain’s mates may have been exposed to asbestos while performing maintenance duties on materials such as asbestos floor tiles and paint frequently used on ships.

Boilermen were responsible for the operation, maintenance, and repair of a ship’s heat and hot water systems, focusing on the large boilers in the fire rooms. Boilers generate steam for heat and for driving turbines to propel ships. Asbestos was commonly used in boiler components, such as insulation, pumps, valves, coatings, and seals. Anyone working on or in the vicinity of these boilers risked asbestos exposure.

A damage controlman’s duty is to keep a ship’s systems stable and operational while under attack or during accidents. They are tasked with coordination and execution of repair efforts across the ship, and they instruct other personnel in damage control. Because asbestos was so prominent on ships ─ used in common components in engine rooms and boiler rooms ─ anyone working to repair damage would be at risk of exposure.

Enginemen operate and maintain a Navy ship’s engines, including both diesel and gasoline designs. Many enginemen may also maintain temperature control systems aboard the ship, including refrigeration, air conditioning, and compressors. Asbestos was used in a variety of components throughout engine rooms, including gaskets, engines, refrigeration equipment, valves, pumps, and packing. Anyone who worked on a ship’s engine or in the engine room was at greater risk of exposure.

Firemen are assigned to a ship’s fire rooms, located below deck. They are tasked with the operation and upkeep of a ship’s boilers, engines, and related components. Firemen faced many of the same risks of asbestos exposure as enginemen and boilermen, as they frequently worked in the same areas and around the same asbestos components. Navy firemen may also have worn protective gear that contained asbestos materials.

Gunner’s mates oversee and maintain the offensive systems on Navy ships. They operate and oversee a ship’s guns, turrets, rocket launchers, guided-missile systems, and related equipment. Other tasks include casualty analysis, ordinance tests, and training. They also often stand watch aboard ships. Gunner’s mates may have been exposed to asbestos through insulation in ammunition rooms, felt linings around explosives, and wearable gear such as gloves made of asbestos materials.

Hull maintenance technicians are responsible for managing the metal work that is needed to maintain shipboard structures and surfaces. They are also charged with maintaining plumbing and sanitation systems aboard ships, as well as repairing small boats and other duties. Hull maintenance technicians are considered high risk for being exposed to asbestos.

Instrumentmen took over some of the duties of machinist’s mates when this rating was established in the late 1940s. Instrumentmen are responsible for maintaining and calibrating a range of small instruments on a ship, such as various meters and gauges that may have contained asbestos components.

Tasked with the continuous operation of many of the inner-workings of a Navy ship, machinist’s mates maintain and repair a ship’s mechanical components. This includes regular work on the ship’s steam propulsion system, boiler and engine room equipment, machinery, engines, temperature-control equipment, pumps, valves, and turbines ─ all of which likely contained asbestos components.

Pipefitters’ duties include insulating pipes and equipment aboard Navy ships, as well as on Navy Bases. Pipefitters often worked with asbestos insulation, pumps, valves and turbines. In addition, they frequently worked in tight quarters, which put them at greater risk for inhalation of asbestos fibers.

Navy shipfitters perform duties such as installing and repairing piping and other equipment on a ship. Additionally, they coordinate all work related to sonar domes and tanks. Shipfitters perform a great deal of the work on pumps, valves, and steam lines, all of which could have put them at risk of asbestos exposure.

Sonar technicians operate sonar systems for the Navy and manage underwater fire control systems. They also provide support for equipment on ships. Sonar technicians serving on both surface ships and submarines were at high risk of being exposed to asbestos.

Storekeepers order, store, and maintain the supplies of a ship. Generally, they are tasked with purchasing and stocking goods, receiving and cataloging shipments, and issuing these items to the proper personnel. Storekeepers may have handled a variety of asbestos products that were used or stored on ships and in shipyards.

Utilitiesmen perform duties related to plumbing, water treatment and distribution, heating and air-conditioning systems, steam systems, refrigeration equipment, compressed air equipment, and fuel storage. Due to their wide range of duties, utilitiesmen may have worked with a variety of asbestos components.

No Matter the Occupation, Asbestos Exposure Risk Is High for Navy Veterans

Even outside of their occupational duties, Navy veterans may have been exposed to asbestos in their living quarters on ships and in barracks and other buildings at bases. Because there is no safe level of asbestos exposure, any veteran who came into contact with the deadly material may be at risk of developing mesothelioma.

If you have been diagnosed with mesothelioma or another asbestos-related disease, you may be entitled to compensation from the asbestos companies that put you at risk. Contact the nationally recognized asbestos law firm of Belluck & Fox, LLP to learn how we can help you pursue the compensation you deserve.

Schedule a free consultation now to get started on your asbestos claim.