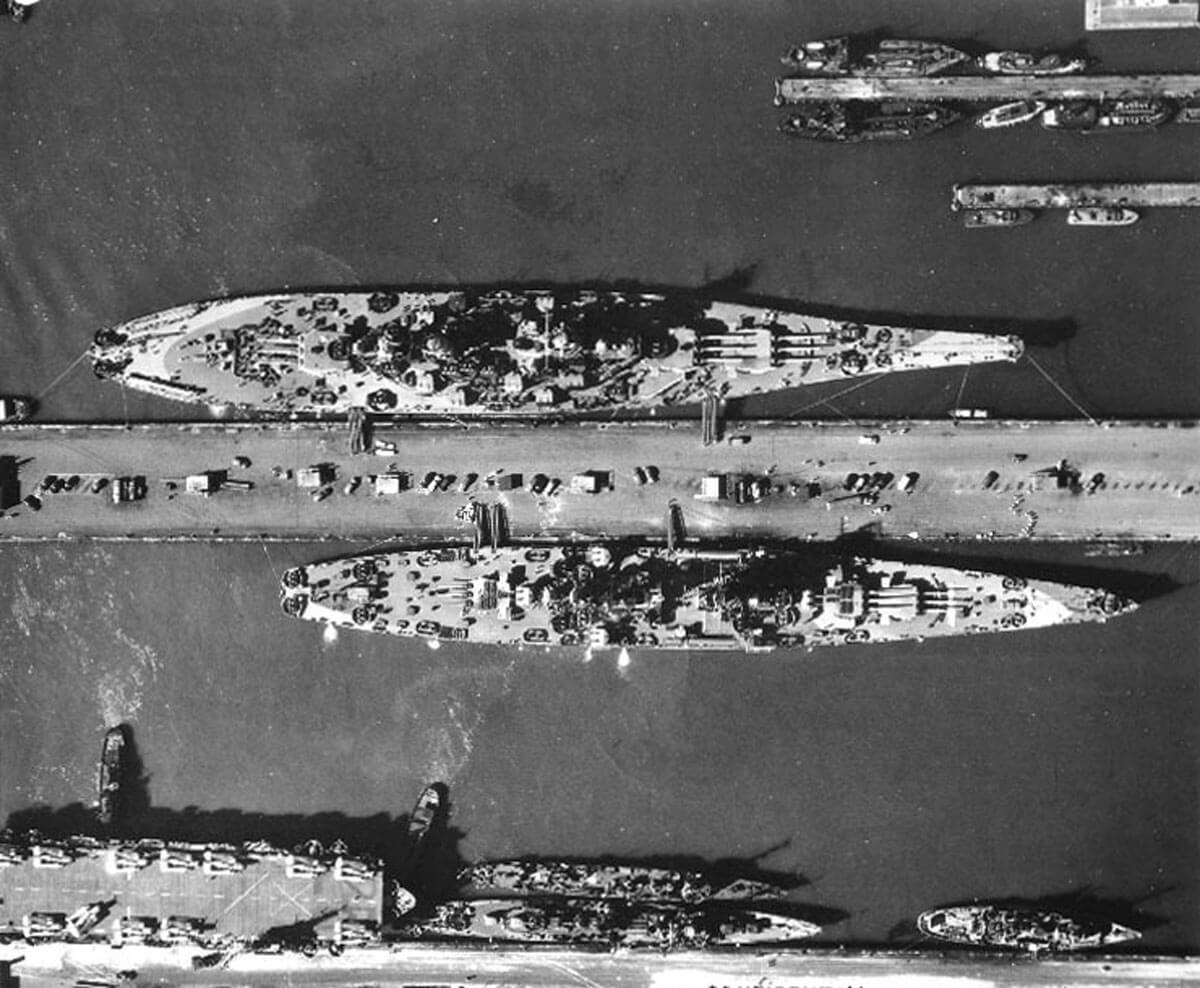 Alaska-class cruisers were constructed late in WWII in response to the “cruiser arms race” that had developed between the U.S. and Japan. By the time the ships were completed the need for cruisers was no longer as urgent, but Alaska-class cruisers did play a key role in escorting and protecting carrier ships. Their unique hybrid design permitted a versatile range of duties.

Alaska cruiser class ships were a departure from the typical WWII cruiser. These lightly armored and heavily armed ships, while properly classified as cruisers, were heavier and more powerful than previous U.S. Navy cruisers.

The Navy commissioned Alaska-class cruisers in response to the dire need for cruisers in the WWII Pacific theatre, but the design process was difficult. Over nine different drafts were considered and only two of the commissioned six ships were ever completed; construction of a third Alaska-class was started but later cancelled.

The USS Guam and the USS Alaska entered service in the final year of the war. Their original mission was largely obsolete, however, because most of the heavy Japanese cruisers had already been defeated and the Navy now had greater need for carriers than for cruisers. Nonetheless, the Alaska-class’s speed turned out to be an enormous advantage for the ships’ assigned role, which was to escort the Navy’s new fast carriers. The USS Alaska escorted aircraft carriers to engage in bombing attacks on Tokyo and landing operations in Iwo Jima. She was credited with two kills. Along with the USS Guam, the USS Alaska was then assigned to protect the carrier USS Franklin, which had been damaged and needed to reach Guam for repairs.

Near the end of the war, in 1945, USS Alaska participated in the shore bombardment mission of Minami Daito Shima, near Okinawa. Meanwhile, the USS Guam was sent to the East China and Yellow seas to participate in commerce raids. The two Alaska-class cruisers then reunited to bombard the island group Okino Daito Shima. After the war, both ships remained in Asia for a short while, but were decommissioned in 1947 and ultimately scrapped. They were too heavy to be cost-effectively converted into missile carriers, as some other cruiser classes were.

Despite numerous design changes, the Alaska-class cruisers wound up as the heaviest of the late-war cruisers. Some effort was made to limit their weight, but these were nonetheless very powerful ships.

Veterans who served aboard Navy ships and worked on them in shipyards were exposed to asbestos. Navy insulators, laborers, pipefitters, electricians, boiler technicians and other naval occupations have some of the highest rates of asbestos disease in the country. Many Navy veterans have been diagnosed with mesothelioma and lung cancer that can be traced back to asbestos products used on specific vessels.

Belluck & Fox, LLP helps Navy veterans with mesothelioma by identifying where and how their asbestos exposure occurred. We use evidence such as ship blueprints and shipmate testimony to establish which asbestos products and work activities on which vessels resulted in veteran asbestos exposure. We hold the companies that supplied the asbestos products legally responsible and obtain financial relief for veterans and their families.

The nationally-recognized asbestos lawyers at Belluck & Fox, LLP have helped many Navy veterans. We can help you, too. Learn how during a free case review.