Residents of the Town of Asbestos in Canada Consider New Name 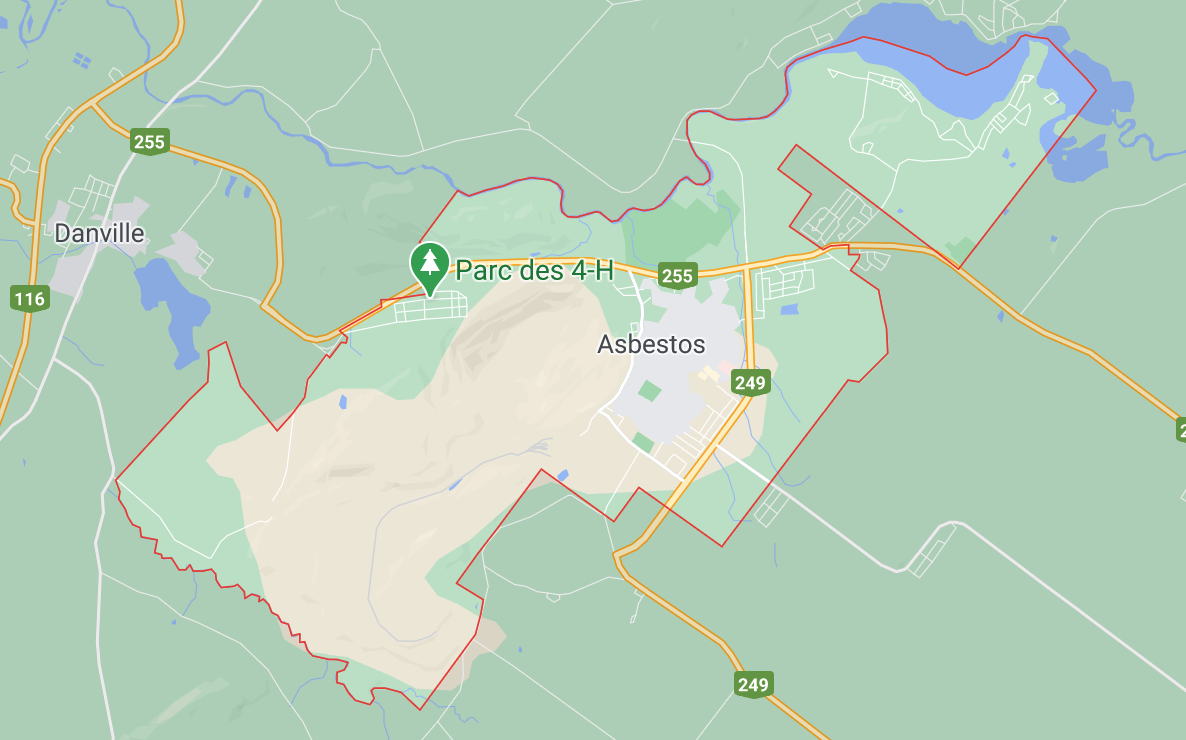 With the internet, social media, and many other modern forms of communication, everyone’s “brand” and naming has taken on increased importance. It is not unusual for a company to rebrand itself with a different feature that they want people to associate with their business. In this case, there is a town’s name associated with disease and death.

The news from Asbestos, Canada a year ago was that the town leaders wanted to change the name because of the negative connotations that the word asbestos holds. Asbestos, Canada is the home to the Jeffrey Mine and is a small town 80 miles east of Montreal. The approximate population is around 7,000 people.

For many years the Jeffrey Mine, which was named after W.H. Jeffrey, who bankrolled the town’s asbestos mine, was the leading producer of asbestos in the world. The mine made Canada one of the world’s leaders in asbestos exportation. It was last owned by the Johns Manville Corporation.

A vote was scheduled to be taken by the townspeople in October on what to change the name to. The four choices that were to be voted on were:

This week the leaders of Asbestos, Canada decided to “pause” the re-naming as there is a lot of dissension among the town people on the changing of the name.

Asbestos causes cancer. This was declared by the World Health Organization over 30 years ago. It is a fact no amount of rebranding can hide. Asbestos continues to kill people.

Approximately 100,000 people die globally each year from asbestos related diseases. Asbestos can cause lung cancer, malignant mesothelioma, and asbestosis. It is estimated that at least 80-85 percent of cases of malignant mesothelioma can be traced to exposure to asbestos. Changing the name of the town will not change the history of what asbestos has and continues to do to the health of the world.

Asbestos, Canada will always be associated with the Jeffrey Mine and asbestos manufacturing. The legacy of the damage that asbestos has done to peoples’ lives and contributed to their premature deaths cannot be rebranded.

We wish the people of Asbestos the best as they search for a new name and a healthy future that does not highlight their history in asbestos production.