A year after it was revealed that sick patients at Veterans Affairs (VA) hospitals were dying due to lack of care, the number of patients waiting more than 30 to 60 days for medical appointments remains flat, reports the Associated Press.

“VA statistics show that the number of patients facing long waits has not declined, even after Congress gave the department an extra $16.3 billion last summer to shorten waits for care,” writes the AP.

In April 2014 CNN reported that 40 U.S. veterans died waiting for appointments with the Phoenix VA health system. A retired clinical director from that system told CNN that the Phoenix VA deliberately covered up delayed veteran care through a secret wait list.

The scandal grew to include VA facilities nationwide. An investigation by Senator Tom Coburn released in June 2014 concluded that over a 10-year period, VA misconduct resulted in 1,000 or more veteran deaths. An internal VA audit ordered by the White House found patient wait time manipulation at more than 60 percent of VA facilities investigated. It concluded there was a “systemic lack of integrity” within some facilities.

The findings resulted in the resignation of VA Secretary Eric Shinseki and the $16.3 billion Veterans Access, Choice and Accountability Act. Signed into law by President Obama last August, the Act aims to speed up veteran access to healthcare by funding the hiring of more health care workers and allowing patients facing long delays to receive private sector care.

But according to a new report by the Associated Press, from August 1 to February 29 nearly 894,000 VA medical facility appointments did not meet the agency’s 30-day timeliness goal, including around 230,000 appointment delays of more than 60 days.

Delays were unequally distributed across the VA network, with a high percentage clustered in the Southern states of Tennessee, Kentucky, North Carolina, Virginia, Georgia, Alabama, and Florida. Facilities in these states accounted for fewer than 6 percent of patient visits but were responsible for 20% of the appointments delayed 60 or more days. Long wait times were also found at facilities in New Mexico and Colorado.

It’s worth noting that the VA is dealing with rising demand. VA system enrollees increased from 6.8 million in 2002 to 8.9 million in 2013. The VA added 800 doctors and 2,000 nurses between April and December and is building new health centers, but demand still seems to be outpacing capacity.

“We are doing a whole series of things…to deal with the immediate issue,” Sloan Gibson, Deputy Secretary of Veterans Affairs, told the AP. “But we need an intermediate term plan that moves us ahead a quantum leap, so that we don’t continue over the next three or four years just trying to stay up. We’ve got to get ahead of demand.”

The VA provides health care to nearly 9 million veterans. It also offers monthly compensation and other benefits to veterans.

You can use our online tool to find out whether you qualify for VA benefits. 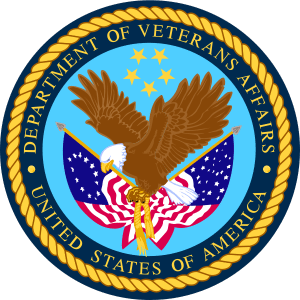 The Veterans Benefits Administration is the arm of the Department of Veterans Affairs (VA) that provides disability compensation and other entitlements to former military members and their families.

Claimants are allowed to file what’s known as an informal claim with the VBA in order to establish an effective date for benefits. By law, the VBA must respond with a formal application to the claimant, who then has one year to complete the application. If the veteran’s claim is approved, he or she is entitled to a retroactive lump sum payment based on the effective date established by the informal claim.

But according to CBS, the Oakland VBA office ignored more than 13,000 informal claims received between 1996 and 2009. When a team was assigned to process those claims two year ago, supervisors told team members to mark them “no action necessary”.

One whistleblower, Rustyann Brown, said she voiced concerns over the claims and was taken off the project.

“We were getting letters from elderly veterans and from widows who were literally at the end of their life, begging for help,” Brown said. “The VA didn’t help them. The VA didn’t care about them. They took [the claims], they put them in a file, and they stuffed them away.”

Brown says that many of the veterans were owed money. At the very least, they were owed an answer from the VA.

The VA’s recent history of claims mismanagement is one reason why veterans and their families should work with an experienced, VA-accredited claims representative.

Rather than filing an informal claim with the VA, your best chance of a successful benefits application lies in submitting all necessary documents at one time (known as a Fully Developed Claim, or FDC). A claims representative will make sure that all paperwork and evidence requirements needed to obtain VA benefits are properly filed and let you know what to expect next in the application process.

A claims representative helps not only veterans but also their survivors. In some cases, the spouses and children of deceased veterans are not even aware that they are entitled to benefits.

The CBS report describes how Dorrie Stafford, whose husband’s claim was ignored by the Oakland VBA, didn’t realize there was such a thing as widow benefits. These benefits include things like help with burial expenses, monthly compensation, and educational assistance.

And veterans themselves may not be aware that having an asbestos-related disease such as mesothelioma or lung cancer can entitle them to disability compensation.

Veterans and survivors can find out whether they qualify for disability compensation and get started with the application process using our VA benefits guide.

Please keep in mind that receiving VA benefits does not disqualify you from filing a lawsuit against the asbestos companies responsible for your asbestos exposure.

If you have questions about benefits or applying for them, or you want to know more about an asbestos lawsuit, please contact Belluck & Fox.

You served your country. Now we are here to help you. 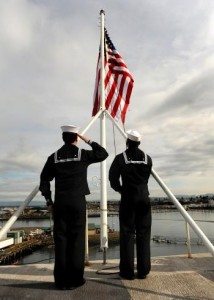 A former serviceman who survived the sinking of a battleship torpedoed by Germans in the Second World War recently died at his home in Berkshire, England of the asbestos-related disease mesothelioma.

Herbert Pocock was one of 1,200 crewmembers aboard the HMS Royal Oak in October 1939 when it was sunk by a German U-Boat in Scapa Flow, a harbor in the Orkney Islands, Scotland, that served as a deep water anchorage for Royal Navy ships during World War II. More than 800 men died in the nighttime attack.

One of fewer than 400 survivors of the sinking, Mr. Pocock, according to an article in the Scotsman, considered himself to be a very lucky man. But more than 75 years after he narrowly escaped with his life from the Royal Oak, it turns out that Pocock’s service to his country did, in the end, cost him his life, as a coroner ruled that his death was the result of asbestos.

Coroner Peter Bedford found in his post-mortem examination of Pocock that the former Royal Navy engineer had malignant mesothelioma on his right lung as well as asbestos fibers in his tissue.

“As soon as I hear Royal Navy and engineer, that is a known link to asbestos,” Bedford told the Scotsman. “His exposure to asbestos is a result of his employment at some point in the past.”

Navy Veterans Diagnosed With Mesothelioma at a High Rate

Asbestos is the only known cause of mesothelioma, a cancer that’s rare in the general population but not among certain groups of workers, including Navy veterans. In fact, Military.com reports that veterans make up just 8% of the entire U.S. population but represent around one-third of all U.S. mesothelioma deaths. And among veterans, Navy veterans are the highest risk group for asbestos-related diseases.

The reason for this is that virtually all Navy ships commissioned between 1930 and 1980 contained asbestos-containing materials. In Navy vessel engine rooms and boiler rooms, asbestos was used on pumps, valves, boilers and turbines. Valves and pumps also had asbestos gaskets and packing.

If you worked aboard a Navy vessel with asbestos, particularly in the engine or boiler room, there is a very good chance that you inhaled asbestos fibers. Civilian shipyard workers who built and maintained Navy vessels may also have been exposed to asbestos. There is even a risk of exposure among the family members of Navy veterans and shipyard workers because asbestos fibers may have been carried home on clothing.

With a latency period of 15-60 years, mesothelioma is difficult to diagnose, especially because symptoms, such as chest pain and a persistent cough, can mimic those of less-severe respiratory ailments. Herbert Pocock, for example, in recent years suffered with fluid on his lungs—a symptom of mesothelioma—but a diagnosis was never made.

If you were diagnosed with mesothelioma, the law firm of Belluck & Fox, LLP, can help. We are a nationally-recognized New York law firm that represents Navy veterans and shipyard workers in cases against asbestos companies that failed to provide warning of their products’ dangers. We’ve obtained substantial compensation for those harmed by asbestos, including a $32 million verdict for a Navy veteran.

For help with your claim, contact Belluck & Fox, LLP, today for a free consultation.