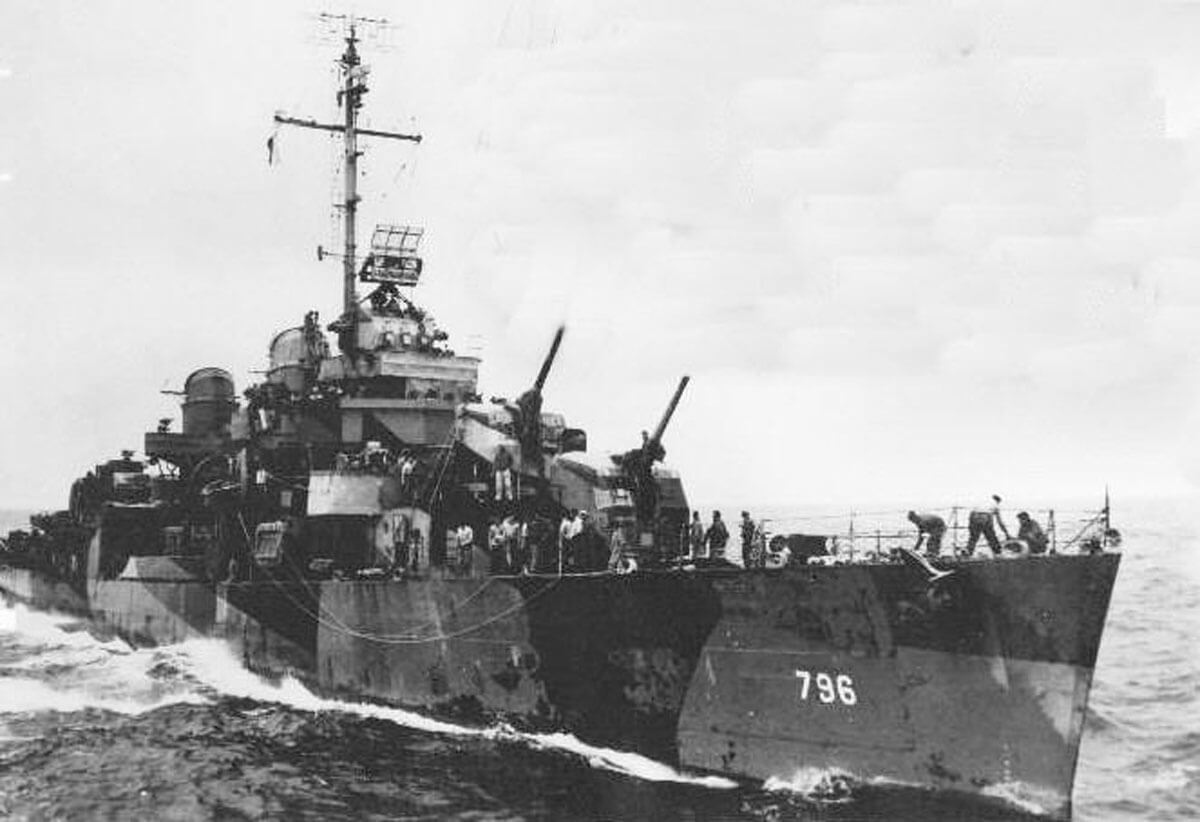 This Fletcher-class Destroyer was constructed during the Second World War by the Bethlehem Steel Company at their Staten Island, NY shipyard. It measured just over 376 feet in length, and carried a complement of 329 officers and enlisted men.

The Benham was commissioned by the U.S. Navy in December of 1943, and began its initial duty as an escort in 1944 following a series of training exercises. It was later reassigned to the Pacific where it spent the remainder of the war, receiving eight battle stars for its participation in the Battle of the Philippine Sea, the invasion of Okinawa, and other operations against the Japanese forces.

Sailors who served on the USS Benham were likely exposed to asbestos over the course of their regular duty. Navy ships built between the 1930’s and the 1970’s often used asbestos in much of the equipment carried aboard, including pumps, valves, boilers, turbines, and electrical components.

Materials such as gaskets and packing were also often wholly made from asbestos. These items were especially common in the engine and boiler spaces, putting Boiler Tenders, Firemen, Machinist’s Mates, and others who worked in these areas in contact with asbestos dust on a daily basis.

For the most part, the companies who manufactured these asbestos products were aware that asbestos was responsible for deadly diseases such as mesothelioma, but did nothing to warn the veterans serving aboard the USS Benham and other ships of the time.

Navy veterans who have been diagnosed with mesothelioma or other asbestos-caused illnesses are entitled to seek compensation. Settlements can cover the often overwhelming costs of medical care, and provide additional sums for the suffering experienced by victims and their families. The law limits the time in which a lawsuit may be filed however, so victims should seek legal counsel soon after a mesothelioma diagnosis is made.