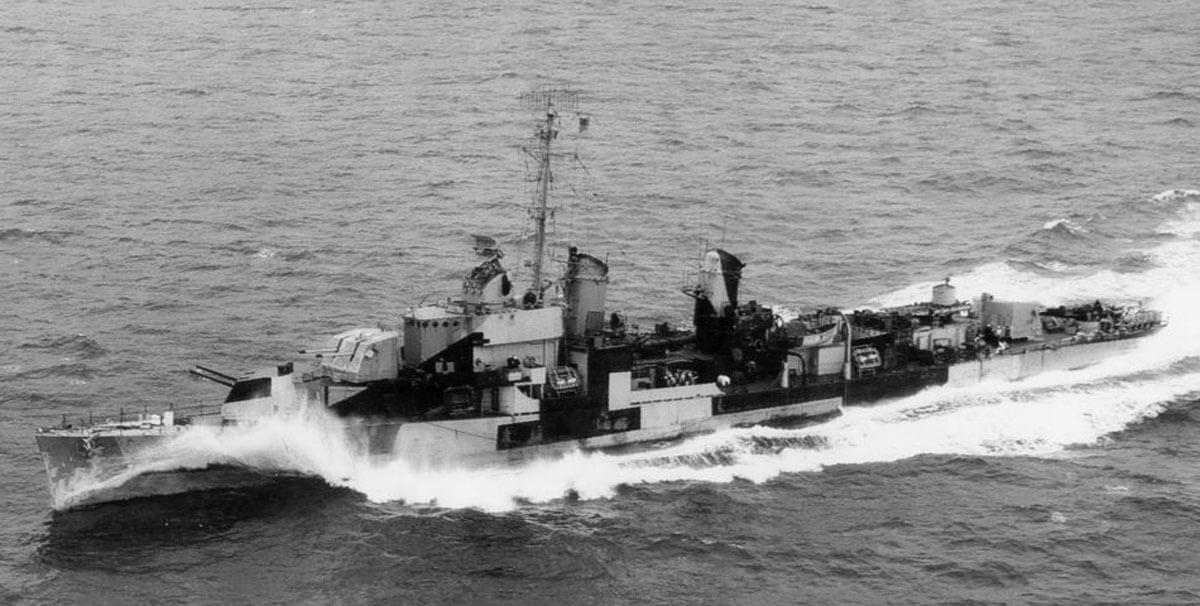 The USS Blue was an Allen M. Sumner-class Destroyer built by the Bethlehem Steel Corporation at their Staten Island, NY shipyard in the midst of World War II. Measuring over 376 feet from bow to stern, the ship carried a complement of 336 officers and enlisted men. It was commissioned by the U.S. Navy in March of 1944, and reported to the Pacific Fleet when its initial shakedown cruise was completed.

The Blue participated in several notable operations on the Japanese front, including the Luzon, Philippine Islands, and China coast raids, the assault on Iwo Jima, and the Conquest of Okinawa, earning six battle stars for its service in this war.

After the war, the ship was placed in Reserve for a period of time, but was brought back into service in September 1950, shortly after the start of the Korean War. It earned an additional six battle stars in this conflict, and was eventually decommissioned in January of 1971.

Navy veterans who served on the USS Blue were likely exposed to asbestos throughout the course of their regular duty. Prior to the mid-1970s, asbestos was commonly used on Navy ships, and could be found in equipment including pumps, valves, turbines, boilers, and electrical components.

Materials such as gaskets and packing were also often made from asbestos. The boiler and engine spaces on these ships were especially dangerous, as they held a high concentration of asbestos products in a confined and poorly ventilated area. While the companies who produced this asbestos equipment generally were aware that their products could cause mesothelioma and other diseases, they did nothing to warn those who served on the USS Blue or its fellow ships.

Victims of asbestos who have developed asbestos-related diseases have a right to seek compensation. Settlements can offset or cover the costs of medical care, and may provide additional sums for pain and suffering. The law limits the amount of time to file a lawsuit however, so it is important to contact legal counsel soon after receiving a mesothelioma diagnosis.