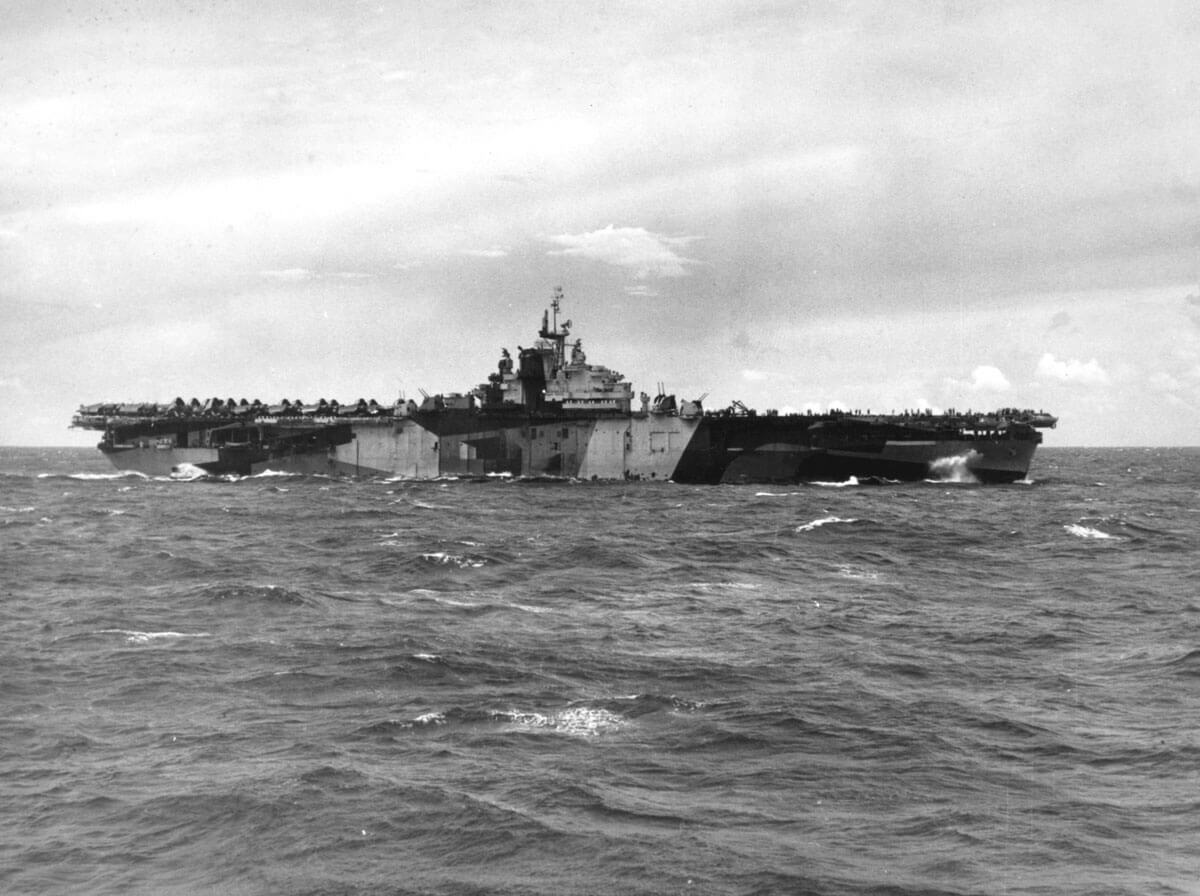 The USS Franklin, named for founding father Benjamin Franklin, was commissioned by the U.S. Navy in January 1944. Stretching around 872 feet in overall length, this Essex-class ship held a complement of 2,600 officers and enlisted, and carried between 90 and 100 aircraft.

The vessel spent much of its time during World War II in the Pacific Theater, earning four battle stars for her service. After the war, she was held in reserve for a short period, and was reclassified twice before being decommissioned in 1947.

Veterans who served aboard the USS Franklin were likely exposed to asbestos during the course of their regular duty. U.S. Navy ships built between the 1930’and 1970’s used asbestos in much of the equipment on board, including boilers, turbines, pumps, valves, and electrical components.

Materials including gaskets and packing were also made of asbestos. A high concentration of the equipment and materials made of asbestos was found in the boiler and engine spaces, leaving Boiler Tenders, Machinist’s Mates, Firemen, and others who worked in these areas at an elevated risk.

The companies who manufactured these asbestos products were often aware of their dangers, but did nothing to warn the veterans who would be using their products. This negligence led many Navy veterans to develop deadly diseases such as mesothelioma and lung cancer.

Victims of asbestos who served in the U.S. Navy have a right to seek compensation, without sacrificing VA benefits. Settlements can offset or cover the overwhelming costs of medical care, and provide additional sums for pain and suffering. The law limits the time a lawsuit can be filed however, so it is important to seek legal counsel soon after a diagnosis.