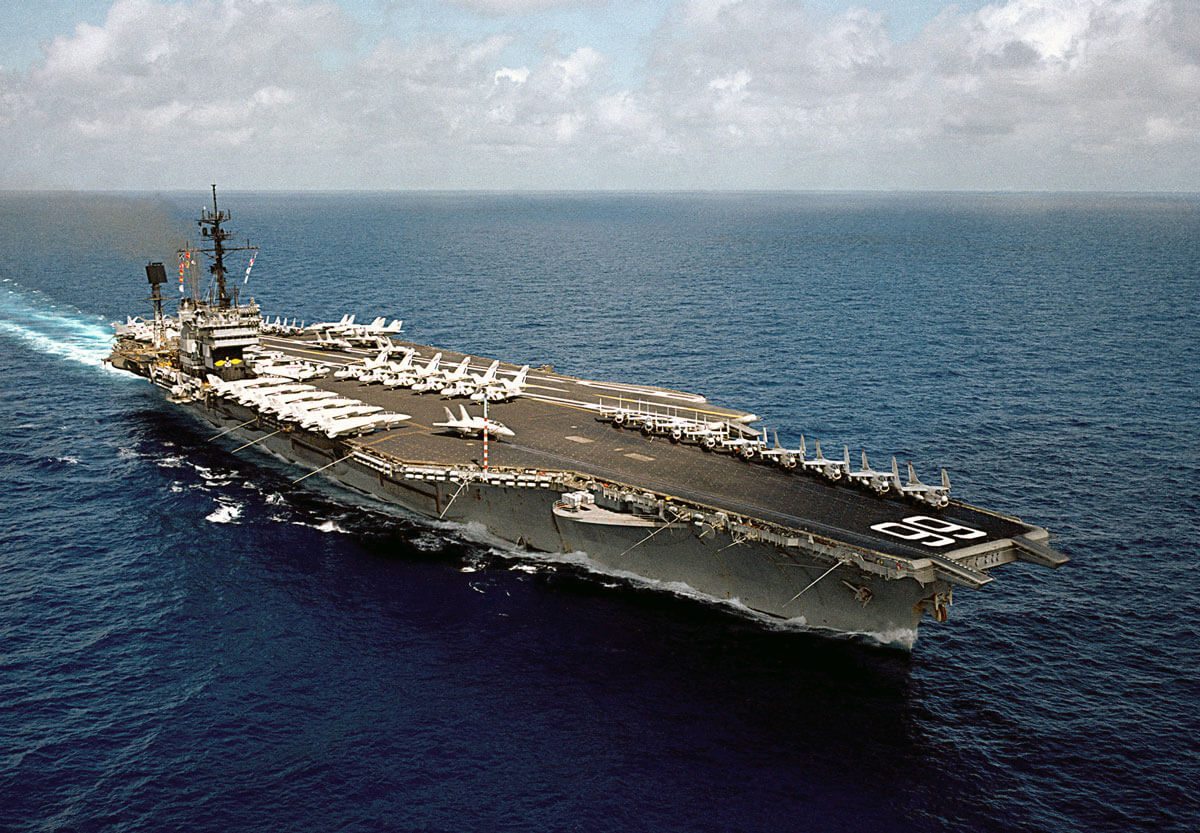 The USS America carries around 79 aircraft and a complement of over 500 officers and nearly 4,700 men. The USS America was one of the U.S. Navy’s so-called “supercarriers,” the largest naval ships ever constructed.

Though originally designed as a nuclear powered Enterprise-class vessel, high production costs led to the decision to make “the Big A” a Kitty Hawk-class ship with traditional steam propulsion.

The vessel, which was built by the Newport News Shipbuilding and Dry Dock Co., was commissioned in 1965 and remained in service until 1996.

Asbestos was used liberally in the boiler and engine spaces of ships during the era of the USS America’s construction, putting those who served on board at serious risk.

Vital equipment was made from or contained high levels of the harmful material, including boilers, gaskets, valves, packing, and virtually all components of steam propulsion.

These required regular maintenance and repair, during which asbestos would flake off and contaminate the air with a dust of the fibrous crystals. The chance of inhaling this airborne asbestos was greatly increased in an environment like that found on a ship, due to tight confines and poor ventilation.

Though they typically knew of the harms, the manufacturers of the asbestos equipment never warned those who worked in USS America with their products. This negligent secrecy is responsible for thousands of mesothelioma cases over the last several decades, many of which are just now being diagnosed.

If you have been diagnosed with mesothelioma and were a Boiler Tender, Machinist Mate, Electrical Technician, or other Navy Veteran, it is likely that exposure occurred during your service.

Those exposed to asbestos during military service have a right to seek compensation, and your VA benefits will not be affected.