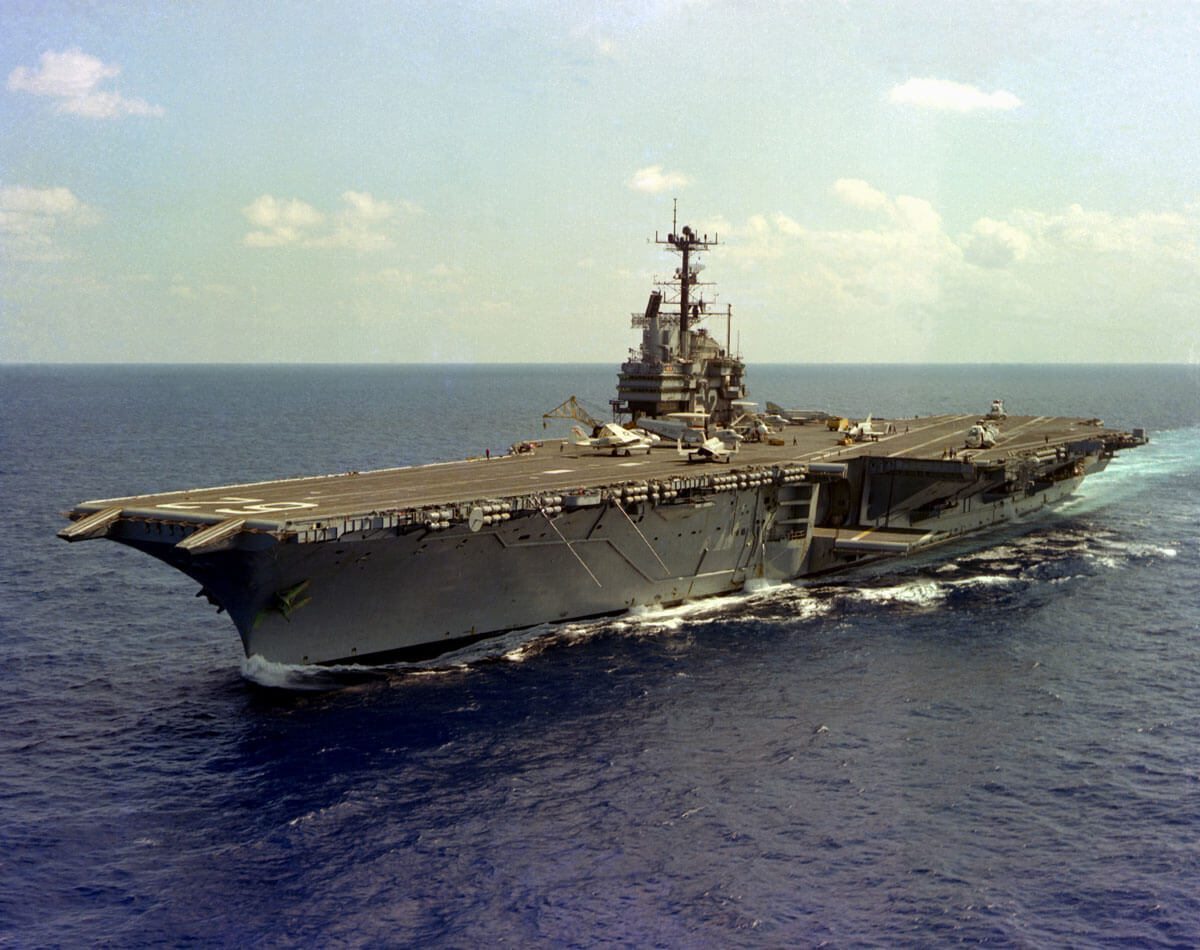 One of 24 Essex-class carriers built during World War II, the USS Intrepid was commissioned by the U.S. Navy in August of 1943. It measured 872 feet fore-to-aft, carrying a complement of 2,600 officers and men, and holding between 90 and 100 aircraft.

During WWII, the vessel conducted numerous operations in the Pacific Theater, and earned the nickname The Fighting “I” for its prominent role in battle. After the war, the Intrepid was modernized and reclassified as an Attack Carrier, then again as an Antisubmarine Carrier before being decommissioned in 1974.

It is likely that many who served on the USS Intrepid were exposed to asbestos during the course of their regular duty. Between the 1930′ and 1970’s, asbestos was an extremely common material on Navy ships, used in equipment such as turbines, valves, pumps, boilers, and electrical components. Materials including gaskets and packing also were made from asbestos.

Veterans who worked in the boiler and engine spaces are at particular risk, as these areas contained a high concentration of these asbestos products. The businesses that provided the U.S. Navy with asbestos were often aware of the danger, but did nothing to warn the veterans who worked with their products. This led to many thousands of people developing mesothelioma, the only known cause of which is asbestos.

Veterans diagnosed with mesothelioma have a right to seek compensation from the companies responsible for their disease. Settlements can help pay for the sometimes overwhelming costs of medical care, and may provide additional sums for the pain and suffering of victims and their families.

The law limits the time a lawsuit can be filed, so it is important for victims to seek legal counsel soon after a diagnosis.