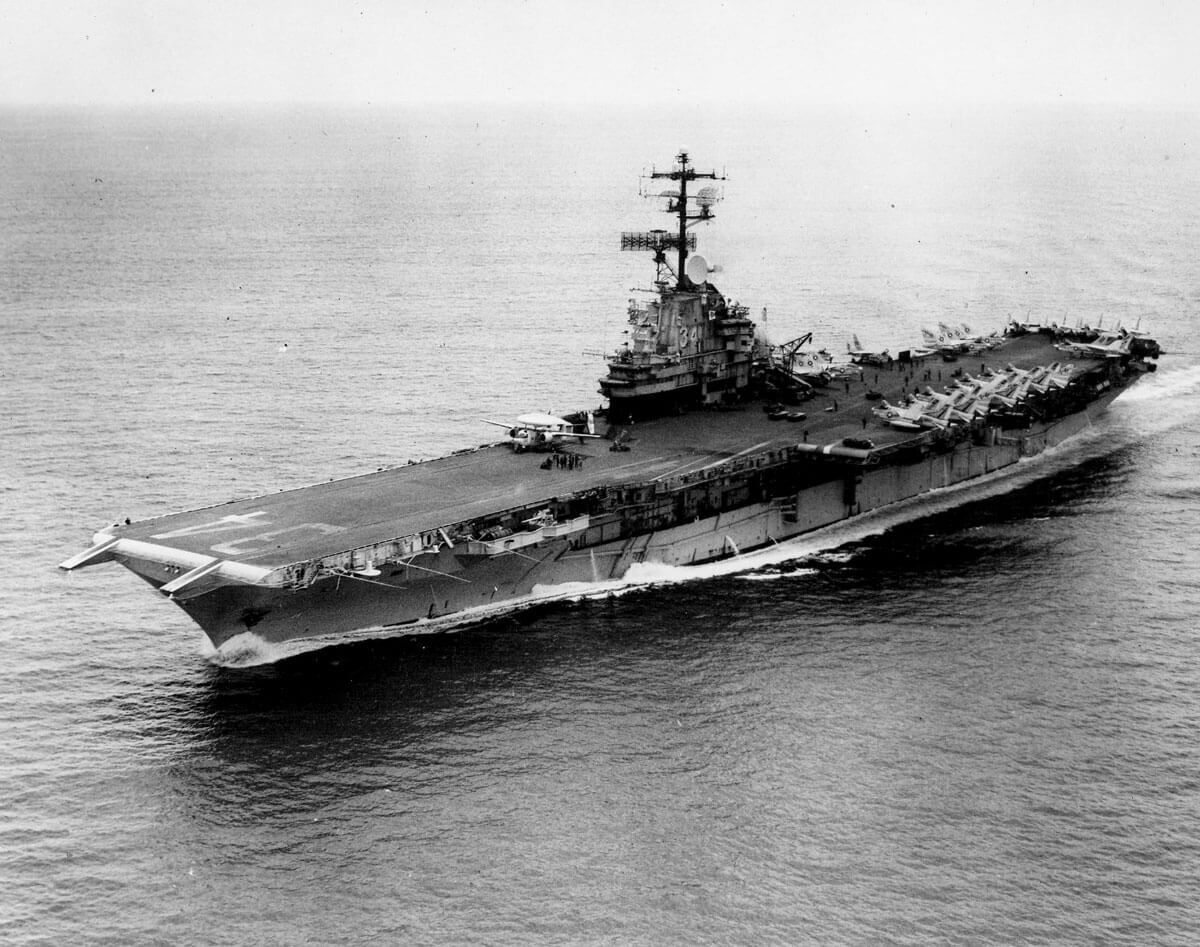 The USS Oriskany was an Essex-class Aircraft Carrier with a somewhat unusual history for its class. Though originally planned as a “long-hull” version of the Essex-class, its construction was halted in 1947, only to be commissioned in 1950 with an updated design that would serve as a model for the modernizations of over a dozen other Essex-class Carriers.

It measured 904 feet in length, and carried a complement of 2,600 officers and men and between 90 and 100 aircraft. The ship served in post-World War II conflicts in the Pacific, earning two battle stars in the Korean War, and five in Vietnam. The Oriskany was decommissioned in 1976, and sunk to form an artificial reef in 2006 off the coast of Florida.

Between the 1930’s and mid-1970’s, ships built for the U.S. Navy regularly used asbestos in much of the on-board equipment. Boilers, turbines, electrical components, pumps, and valves were made using asbestos, and materials such as gaskets and packing were often made from asbestos.

The boiler and engine spaces on these ships held an especially high concentration of asbestos, leaving Boiler Tenders, Machinists’ Mates, Firemen, and others who worked in these areas at an elevated risk of exposure.

Although often aware of the hazards posed by asbestos, the companies who provided the Navy with equipment and materials utilizing the substance did nothing to warn veterans on the USS Oriskany or its contemporaries. This resulted in Navy veterans developing mesothelioma and other asbestos-related diseases at a higher rate than the general population.

The negligence of these asbestos companies is tragic, but well documented. This allows veterans and other victims of asbestos exposure to often recoup the costs of medical care and sums for pain and suffering through litigation.

Veterans diagnosed with mesothelioma and other asbestos-caused diseases have a right to seek compensation. The law limits the time a lawsuit may be filed however, so it is important for victims to contact legal counsel soon after a diagnosis.