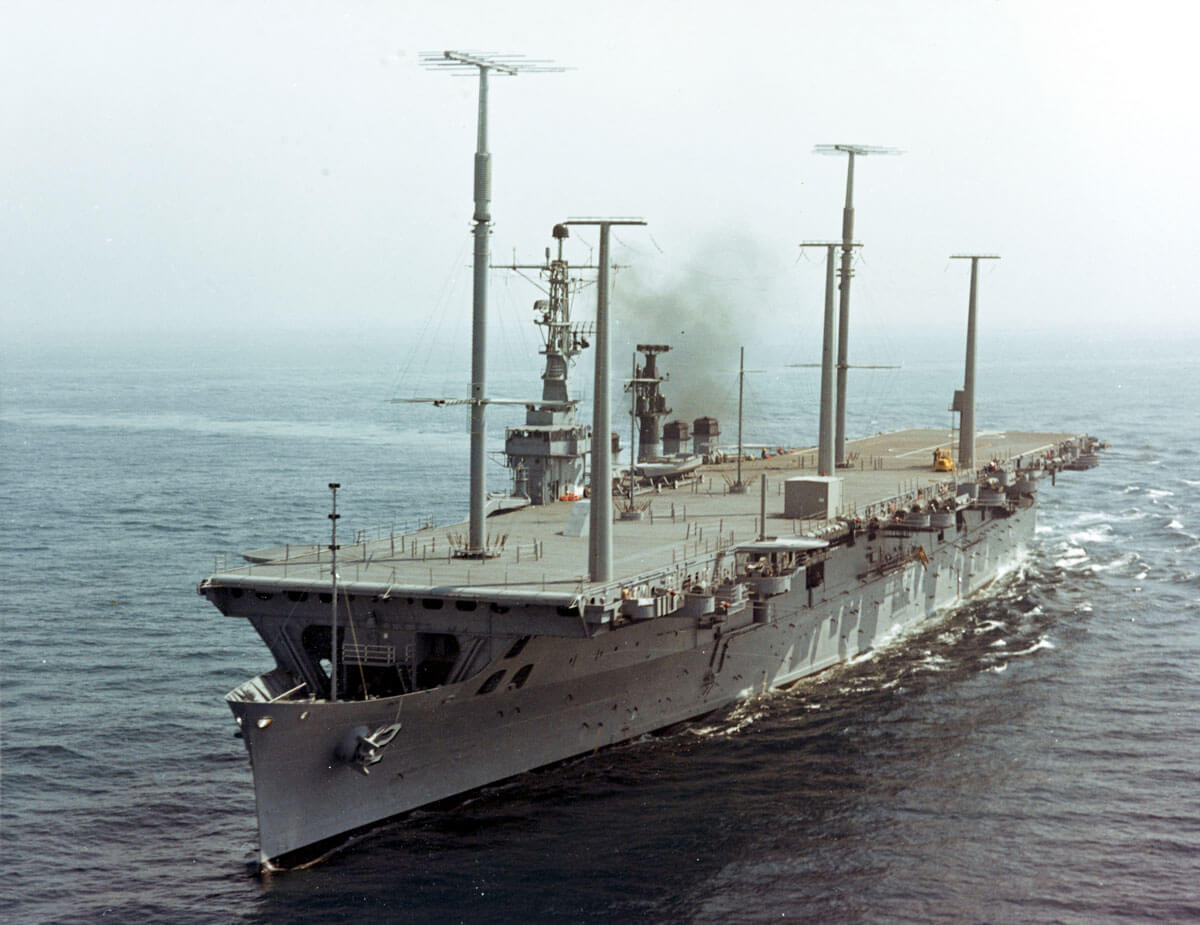 The USS Wright was a Saipan-class light Aircraft Carrier built by the New York Shipbuilding Corporation of Camden, NJ. Named for the Wright Brothers, the ship was the second in the fleet to bear the name. It was commissioned by the U.S. Navy shortly after World War II, in February 1947, and served with the 6th and 7th fleets throughout the 1950’s.

In 1962, the Wright was reclassified as a Command Ship, which included a year-long conversion and alteration process at the Puget Sound Naval Shipyard. It served a total of over 23 years, and was decommissioned in Nay of 1970.

Those who served aboard the USS Wright were likely exposed to asbestos at some point during their regular course of duty. Asbestos was found on most ships built between the 1930’s and the mid-1970’s, in equipment including boilers, valves, pumps, turbines, and electrical components.

Materials such as gaskets and packing were also often made from asbestos. The engine and boiler spaces held an especially high concentration of these asbestos products, increasing the risk of exposure for Boiler Tenders, Machinist’s Mates, and others who worked in these areas.

While the companies who made these asbestos products generally did nothing to warn sailors aboard the USS Wright and other Navy ships of the time, it was discovered in later years that they often were aware of how dangerous asbestos was.

Victims of asbestos who spent time on the USS Wright or its contemporaries have a right to seek compensation. Settlements can provide money to cover the costs of medical care, and may provide additional sums for pain and suffering.

Statutes of limitation have been placed on the time in which a lawsuit may be filed however, so it is important to seek legal counsel soon after receiving a diagnosis.