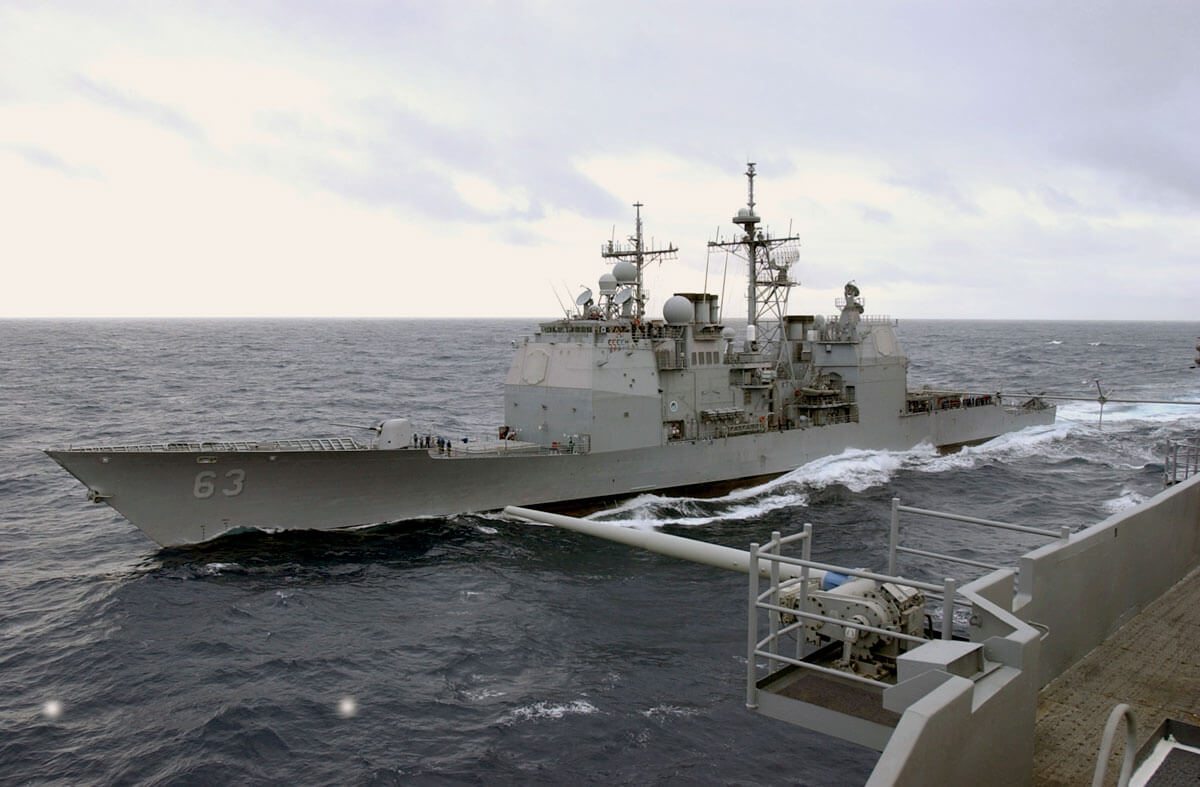 The USS Cowpens was commissioned by the U.S. Navy in May, 1943, and spent most of its service fighting in the Pacific Theater during World War II. Named for the Revolutionary War’s Battle of Cowpens, this Light Aircraft Carrier was built by the New York Shipbuilding Corporation in Camden, NJ.

It received twelve battle stars in the war, and a Navy Unit Commendation for distinguishing itself in action against the enemy with extraordinary heroism. Following the end of WWII, the Cowpens was placed in commission reserve at Mare Island, and was stricken from the Naval Vessel Register in 1959.

It is likely that veterans who served aboard the USS Cowpens were exposed to asbestos over the course of their regular duty. A great deal of equipment on Navy ships built between the 1930’s and 1970’s used asbestos, including turbines, boilers, electrical components, valves, and pumps.

Materials such as gaskets and packing were also made of asbestos. An especially high concentration of these components and materials were located in engine and boiler spaces, placing veterans who worked in these areas at particular risk.

The companies who sold these asbestos products to the Navy never warned veterans of the dangers of asbestos or the precautions needed when working with it. This caused many veterans to fall victim to mesothelioma, the only known cause of which is exposure to asbestos.

Those diagnosed with mesothelioma or other asbestos-related illnesses have a right to seek compensation from those responsible for their condition.

VA benefits will not be affected by filing a claim, and settlements recovered can help cover the overwhelming costs of medical care and provide additional sums for pain and suffering.

The law limits the time victims can file a lawsuit, so legal counsel should be sought soon after receiving a diagnosis.